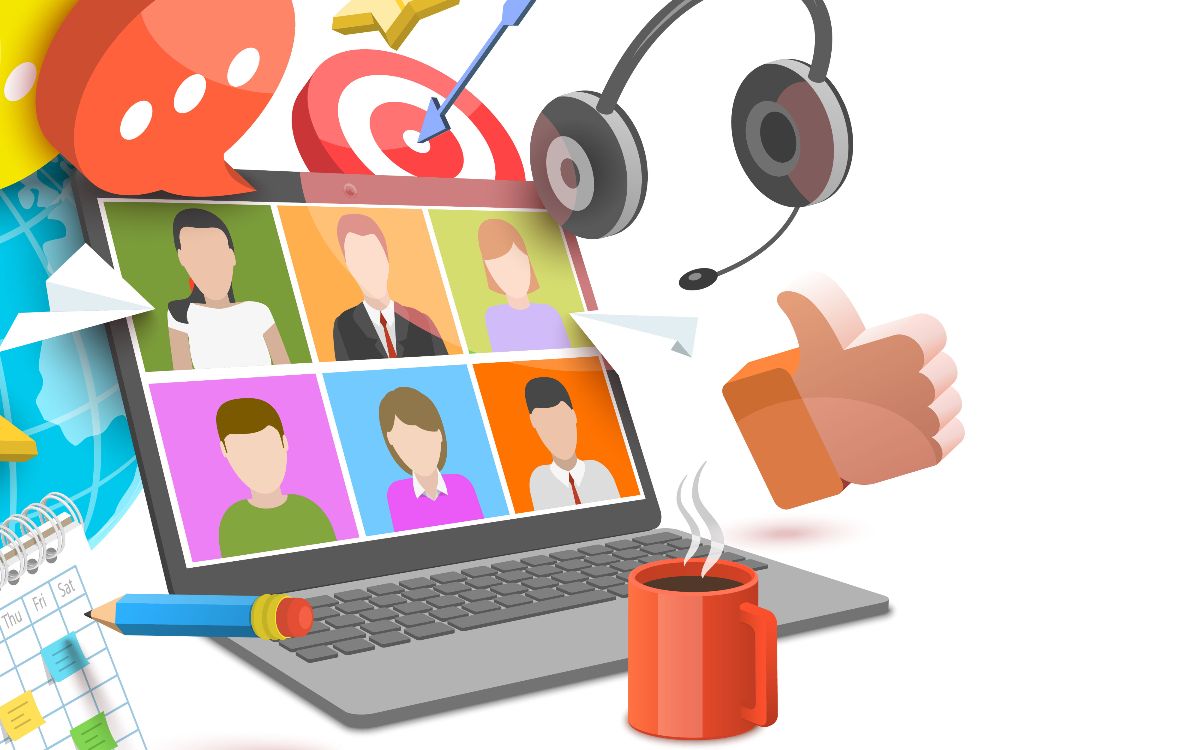 Pay attention during virtual meetings. And if you run them? Keep the chat short and on-point.

You’ve had enough of virtual meetings for sure—via Zoom, Google Meet, BlueJeans, WebEx or Skype. By now, when little boxes of colleagues’ heads peppers the screen, you take a look … then stealthily check your email, text your friend, order Boca Terry robes, e-file documents or, under the table, file your nails.

Stop right now. Multitasking backfires, according to efficiency experts and others who study this area. The reason: You miss half of what’s said during your virtual meeting, and you do a rotten job at your diversion. Here’s why, and how to be productive.

It looks bad. Your head is positioned in front of the desktop, laptop, table or smartphone camera, right? When you clatter on your keyboard, people see that. If you peer at another screen, it’s clear you’re not watching the speaker. Unless you can get away with turning off your camera and muting your audio, people will notice that you’re not engaged, and that’s not a visual you want in the workplace.

Your brain just doesn’t work that way. Pay attention to the speaker, and the part of your noggin called the prefrontal cortex will boot up, according to, “To Multitask or Not to Multitask” by the University of Southern California’s Dana and David Dornsife College of Letters, Arts and Sciences. Perform another action at the same time and the left and right sides of that organ will go their own ways. That triples your chance of messing up, the USC article says.

You’ll miss what other speakers say. Apparently you attended this meeting because you needed to hear others’ thoughts or instructions. Your brain won’t register much of what is said if you’re distracted by a second task, according to Dave Crenshaw, whose second edition of The Myth of Multitasking: How “Doing It All” Gets Nothing Done was released in January 2021. On his website, Crenshaw invites visitors to watch a short video during which an exercise demonstrates that “switchtasking,” doing two or more tasks at once, cuts your productivity. In fact, it “robs you of time, money and your mental and emotional health,” he says, causing more errors and more stress.

Set yourself up for success. Before a virtual meeting, take common-sense steps like telling colleagues or family members (depending where you are) to stay away. Set up one notebook or app for taking notes, and making sure your background isn’t too unprofessional. When the meeting starts, you’ll be distraction-free: Simply watch, listen, take notes and talk.

Stand at attention. If you have the budget, invest in a standing desk too, or a gizmo that allows you to raise your computer at will. Then you can lift your camera and monitor and stand on two feet during the meeting, a boon to your health. One study, “Stand Up to Work: Assessing the Health Impact of Adjustable Workstations” published in the International Journal of Workplace Health Management, says sitting less during the day reduces muscle pain and increases energy levels.

Keep it short and read the audience. If you plan and run the virtual meeting, be clever. Allot a short amount of time, follow a list of topics, ask each attendee questions, and adapt what you’re doing if you see eyes glazing or other attendees multitasking. Those dips are from Dave Crenshaw as quoted in Fast Company’s “Why You Should Resist the Urge to Multitask During Zoom Meetings.”

Once you log out of a virtual meeting, “Zoom fatigued” or not, enjoy some options if you’re working from home. Remove that “Zoom shirt” and drape yourself in a lightweight waffle shawl robe or a plush-lined microfiber one … until the next virtual meeting is about to begin.