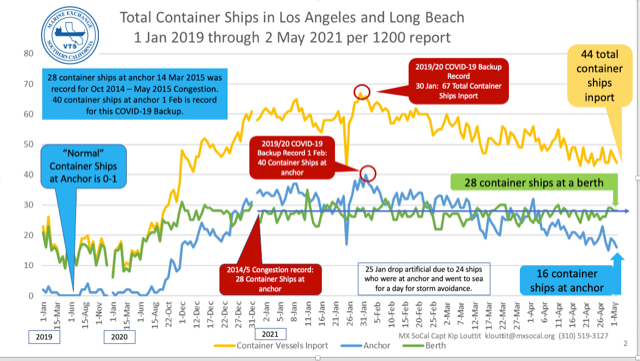 Merchandise is stuck on ships that are stuck in the water. It might be awhile before some arrives.

Boca Terry is doing its very best to keep all the bathrobes, linens and towels you need in stock, and we’re taking every action possible to keep our shelves full. The items you’ve ordered from other vendors? Whether hotel room desks, bicycles for guest use or restaurant tableware, they may arrive very late.

The world — truly the entire globe — is in the midst of a shipping crisis. As a result, manufacturers literally can’t get their wares to end-users without a long delay. Here’s an explanation.

What is the global shipping crisis? A tremendous amount of merchandise is transported from one destination to another, often one continent to another, in metal “intermodal” containers loaded onto enormous ships. It’s said that 80 percent of goods are scooted around this way — ovens, tech goods, blenders, apparel, legumes. Usually the system runs smoothly: A container leaves China, say, is emptied in Rotterdam, filled again and sent to the United States, is emptied and filled again and goes back to China.

Not now. A couple of months after the pandemic started in 2020, the system got out of whack. Folks sheltering in place unexpectedly ordered a whole lot of big items like home office furniture and treadmills, filling up shipping containers. At the same time, some containers were abandoned, empty, at unbusy ports since nobody anticipated how badly they’d be needed. Now the shipping companies are focusing all their attention on the busiest destinations, including China and the United States, and often skipping others altogether. In fact, one container line has cut off all Latin American business for now.

Meanwhile, docks have been understaffed since workers need to be physically spaced apart for safety, quarantine at home when exposed to Covid-19, miss work when they are sick with the virus, or need to tend to their children who are home all day instead of in brick-and-mortar schools. Plus, truck driver ranks have been thinner due to illness, quarantining and home responsibilities, while demand is high. That slows goods from getting to and from the ships. On top of that, China is quarantining some incoming ships for two weeks as they return from other countries.

Shippers with deep pockets are gobbling up available space by purchasing “premium” vessel space at an even higher price.

When it rains it pours, right? So the container ship Ever Given got stuck in the Suez Canal for nearly a week in April 2021. That stopped all container traffic there in both directions for several days. Some nasty winter weather slowed things down more in Europe.

How bad is the problem? Outside Los Angeles and Long Beach, California, for example, more than two dozen ships at times remain anchored offshore waiting for their turn at the dock for two weeks. At the peak, that number was 40 ships. About 30 percent of the United States’ $220 billion of imported goods come through that gate, so that’s a huge portion of the United States’ merchandise. In February 2021, container ships filled with winter 2020 holiday decorations, among other items, were sitting off the coast of Africa waiting for their turn to be unloaded. An organization called UNCTAD (United Nations Conference on Trade and Development), among others, is working to improve the maritime supply chain in a variety of ways, including “Maritime informatics.” In practical terms, it might take about nine weeks to receive a shipment that would have arrived in half that time pre-pandemic.

What’s more, Asia ports are short on equipment and that’s not getting better soon. Demand to ship cargo is likely to continue at this intense pace through the first half of 2021, at least. Holiday and back-to-school purchases make August a peak season, so that’s worth watching for too. Asia simply isn’t getting containers back quickly enough, and looks to improve that. 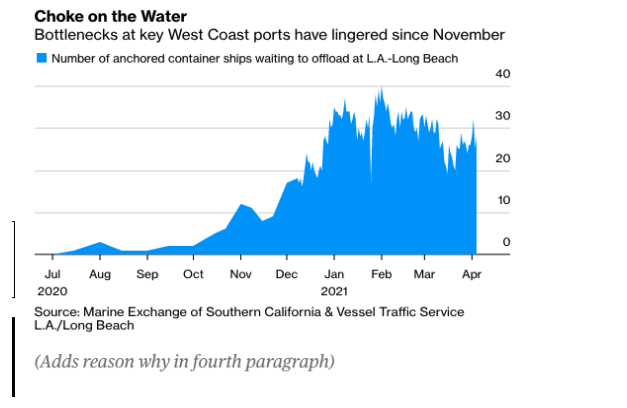 What are the downsides? First off, delays hurt businesses and end-users. Second, global shipping costs have quadrupled, with differences regionally. In late 2020 and early 2021, the cost to ship goods was the highest in history. What used to run $1,000 might now demand as much as $10,000, and some experts cite price spikes of more than 440 percent to less-popular ports, 60+ percent for popular routes like China to Los Angeles, and 53 percent across the Atlantic. That’s if you can even find space on a ship for your container. And if you can access a container. Ultimately, the businesses and individuals who buy goods shipped from abroad are likely to see prices of merchandise rise. (This crisis has been a bonanza for shipping companies and container manufacturers.)